As you know, ORA is launching a series of collaborations with some British breweries called "Italian Gelato", to promote the concept of Traditional Italian Gelato. With this series we want to replicate some of the classic Gelato flavours using only natural ingredients in the process (no chemicals), and combined with the best local fruits and ingredients.

We have lined up Brew York, Shilling, Unbarred, Box Social and Mad Squirrel, for an amazing series of collaboration brews between September and January
(plus a surprise!).

The second beer is a Stracciatella Gelato porter with Madagascar vanilla and
Italian cocoa (5.1%), brewed with our friends at Brew York. 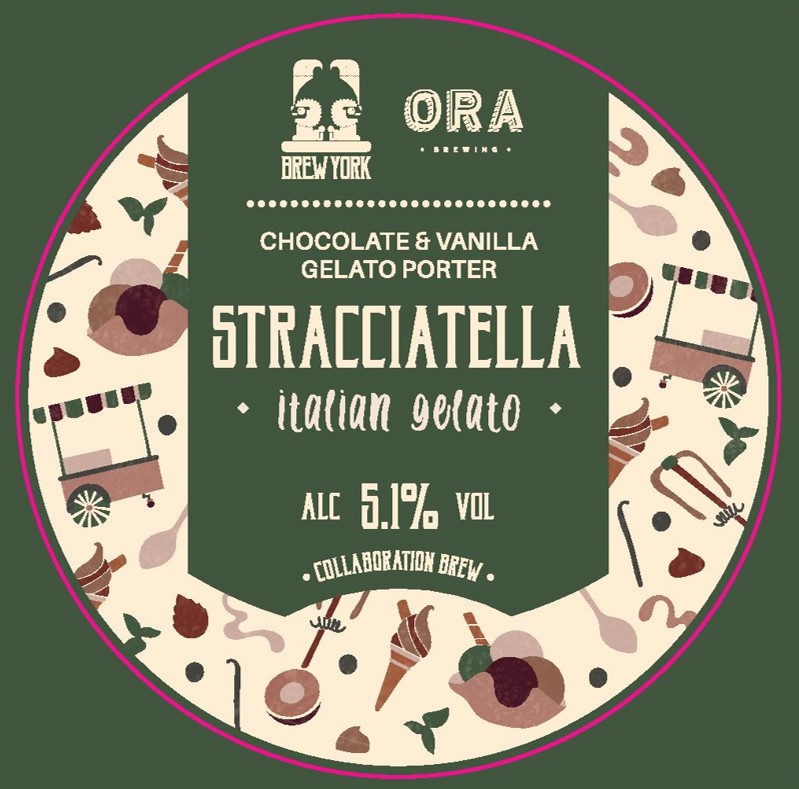 "Stracciatella" is the essence of modern, yet classic gelato. In Italy, Stracciatella is referred to as vanilla gelato with crunchy chocolate pieces on top or throughout the gelato. The idea is that chocolate hardens on contact, then freezes into delicate flakes within the gelato and literally melts in your mouth.

The idea of this beer came out of a friendship with Brew York formed at the 2018 Craft Beer Rising festival over a love of great dark ales. We decided to bring you the most traditional of dark English ales, a Porter infused with creamy Madagascar Vanilla and luscious Italian cocoa reminiscent of Stracciatella Gelato.

To enhance the flavour profile we have only used real vanilla pods from Madagascar (no flavorings or extracts) and cocoa sourced from Italy.

The beer is available in keykegs, casks and cans. 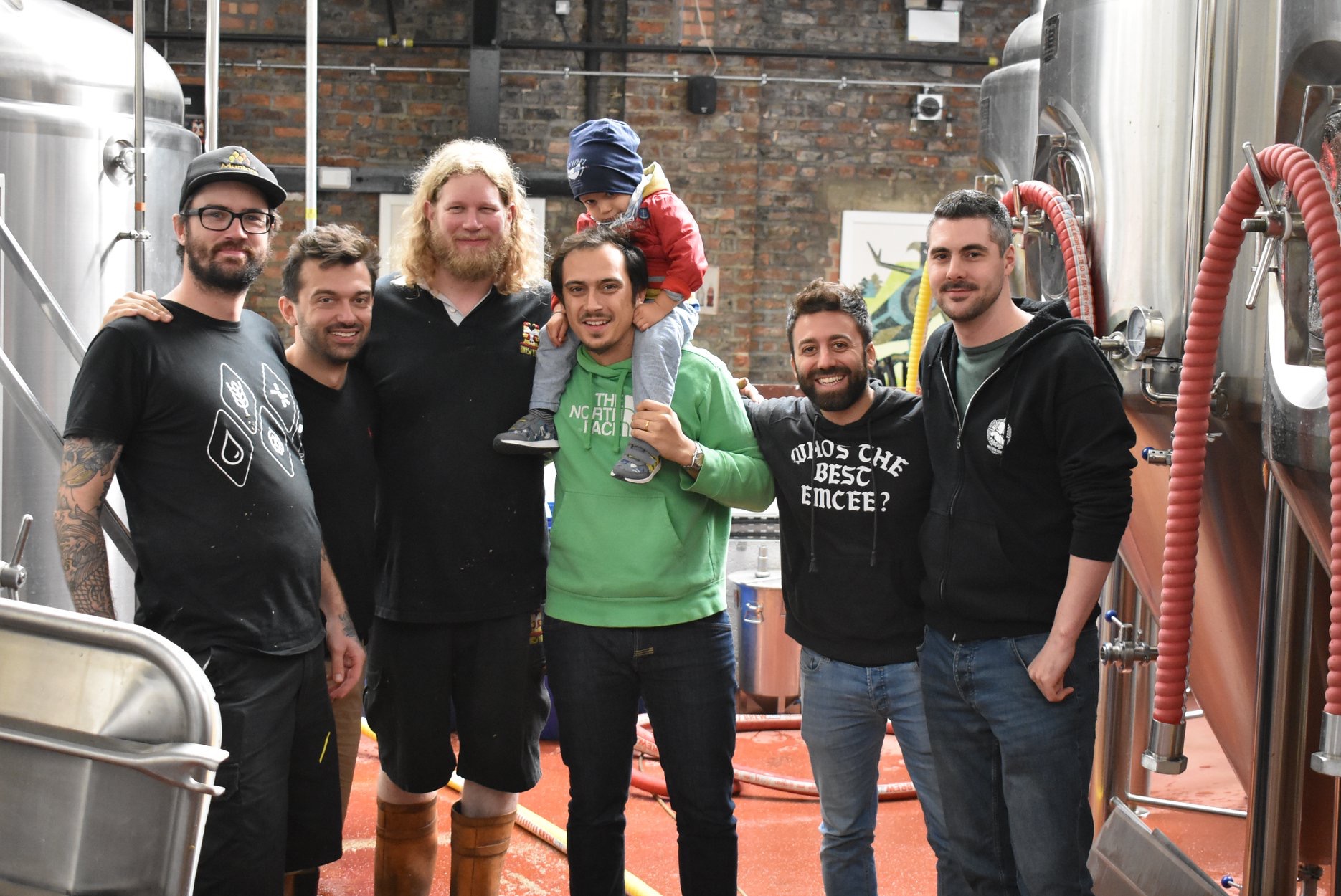 The beer will be launched officially this Thursday November 8th at Beerheadz Lincoln.
We will take this opportunity to launch an interesting experiment: our Stracciatella gelato porter will be served on cask, keg and cans, to see how different serving and storage of a beer can change it's flavour.

We will be there together with Tim, David, and the rest of Brew York crew for an amazing night of beers, music and ice cream...See you there! 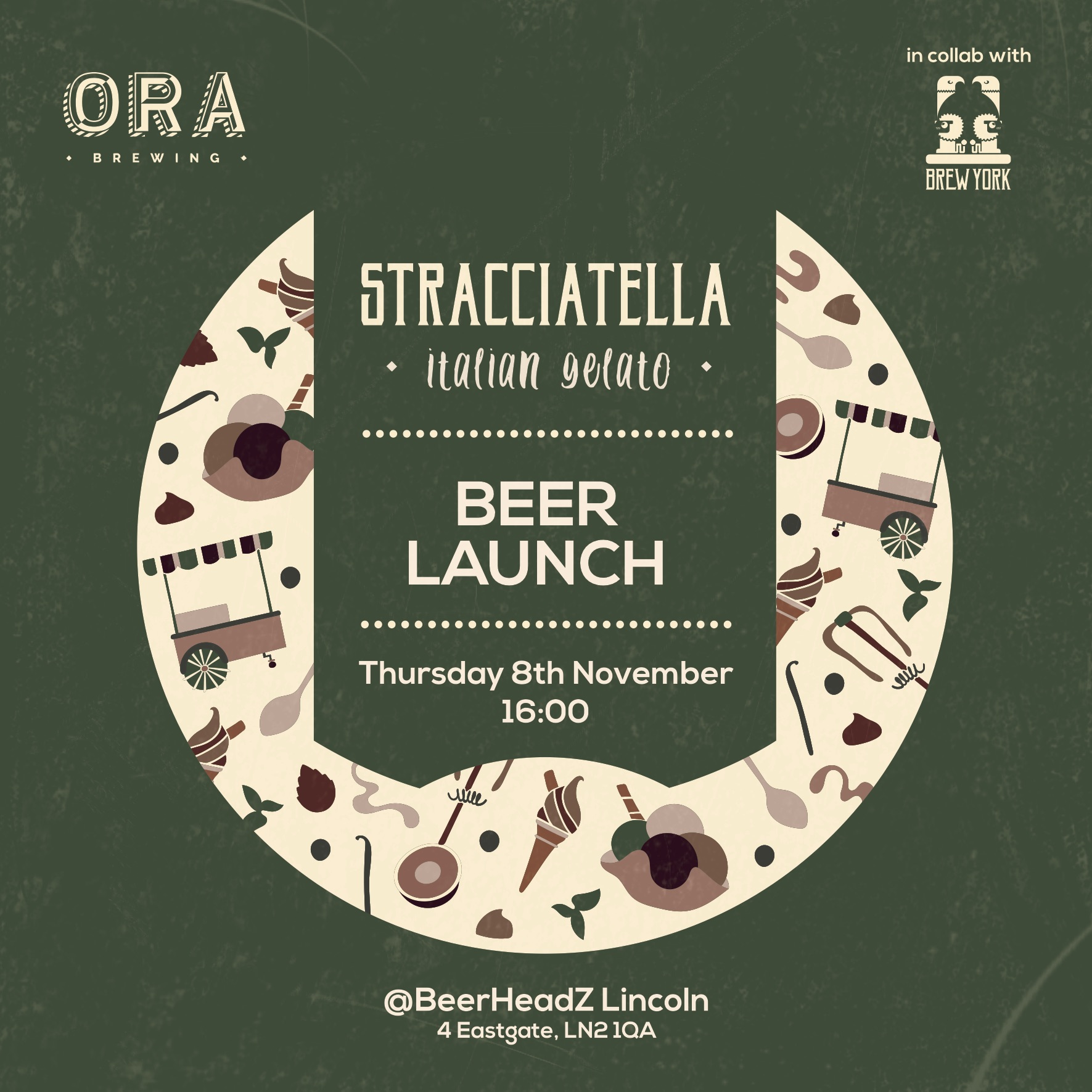